Three Acts - The Need for Speed!

I feel the need, the need for speed!

I used this activity with my GCSE group as a bit of revision on the topics of speed, converting units of measure, and re-arranging formula. 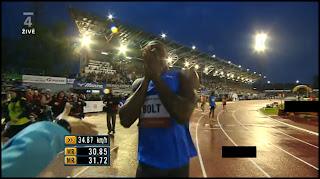 I projected this picture -and asked if they had any questions?
The following were the 6 questions they came up with - in no particular order.

1. How long is the race?
2. What time did he take?
3. What is 34.87km/h in m/s?
4. Does he break the world record?
5. What does MR mean?
6. What is the black smudge.
I asked them what they needed to answer questions 1 - 4.  I answered question 5 as "Meeting Record" I hope I was correct - and asked the students to go away and clarify whether I was correct.. I explained what the black smudge was.
There was open discussion at this point about what distance the race was - after looking at the WR (world record) they decided it was not the 100m or 200m?  They eventually decided it must be 300m - although some were convinced this distance did not exist. This led nicely to Act 2 ->
Act 2
Give them this 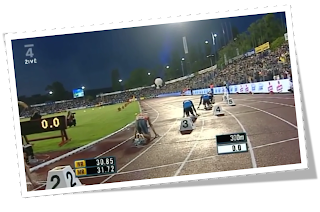 Now they decided to work out how long it took Bolt to complete the 300m race and to check whether he broke the world record record?
At this point we discussed what speed was - not just the formula. I wanted them to be able to explain what being fast was ? This was really difficult for some of them as they did not like discussing it - they were happy enough to know the formula. This was a major learning point for me - when I cover the topic speed for the first time with students I must not just give them the formula - we will debate and come up with the formula from discussion and examples - practical examples.
After the discussion they worked in pairs to find the time taken by Bolt to complete the 300m race. The problem of converting the km/h to m/s was challenging and again we discussed what 34.87km/h actually meant. They then completed their calculations to work out the time taken.

This activity was so much more satisfying than your typical text book which gives them all the information and they just need to substitute the values it into an equation.
The satisfaction was
Did they learn anything? I believe they had a greater grasp of the speed equation and what it meant from their discussions. It was great to see them discussing the problem and reasoning for why the race could not be 200m long and not 400m.

Improvements : - use mini-whiteboards, ask the students to go away and come up with their own.

Will I use it again - definitely.
Try it, improve it, tell me what you think.

Trying to use an IWB effectively in maths (Part 1)

One of my personal targets this school year is to use my interactive whiteboard (IWB) effectively. Last year I had a Promethean IWB installed in my room and I only used it as a digital whiteboard with PowerPoint. So this year I have set myself a target to use it effectively.

My progress so far!


1. I trained myself up using the ActivTips videos free on ITunesU - these were very inciteful and sparked lots of ideas - these are amazing so do check them out. I downloaded them to my Ipod and listened / watched whilst doing housework (sad but true). I have had no training on using the IWB so this has been a trial and error process. 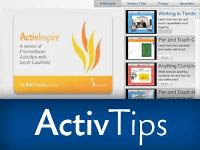 2. I searched the web for the useful resources - which proved a massive waste of time. I searched the TES and Promethean planet but found the resources very poor. The TES has some fantastic resources but nearly every teacher classifies PowerPoints as IWB material - PowerPoints are generally not interactive so I gave up on this. I could not refine my search in the TES to find anything specifically for the IWB. Promethean planet was an even bigger disappointment - the quality of the resources was very poor. I was really disappointed with the presentation of peoples flipcharts - most of the flipcharts were not suitable to use so again this was another dead end. If you have found any good flipcharts please pass them on.

3. The positives from my search were  1 .ActivInspire activity packs and resource packs from Promethean planet and  2. The Whiteboard Blog. Danny Nicholsons blog is a fantastic website which provided me a great starting point for my lessons - his blog is full of ideas and one I always look out for in my google reader account.


My first resource is a starter  " Balloon activity" - this was using the idea from Danny's blog. This is  a resource that could be applied to any subject or topic.In this activity I use a random name generator to select a student to pick a balloon. The student comes up to the whiteboard and pulls a balloon - and answers the question. I used this activity with 3 classes and they all loved it - and asked for it next lesson. It is a nice easy activity to create and use - feel free to edit this one and make your own. Please share any you make with me. 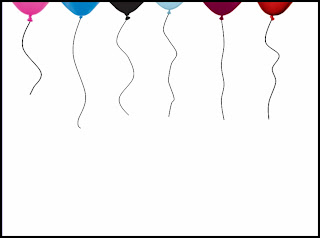 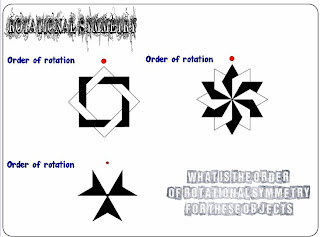 In this flipchart I have allowed all the dimensions on pages 1 and 2 to be dragged and to create a copy - this allows the students to move all the dimensions. On page 3 I have added in an idea on how to make a more difficult compound shapes clearer for students. On this page you can explode the shape by dragging out each separate shape.
In part 2 I will upload some more resources and look at some other sources of good IWB activities including Geogebra, SWF files + a few others. I will also include some failures :(
If you have any recommendations or ideas for a good IWB resource or thoughts on any of the above please add a comment.
Posted by Damian at 03:03 2 comments: 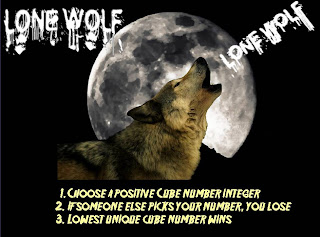 Shawn Cornally developed this game (original game Lone Wolf) from a Dan Meyer idea, I was so impressed I decided to adapt it as a starter activity to help my students remember Square Numbers, Cube Numbers and Prime Numbers.

The rules are:
How did it go?

Initially there was some concern by the pupils that this was a rubbish game (mainly because some of them did not understand the rules). But once we got started they loved it, probably because I also added a bonus for the victor of a piece of flapjack or brownie (their choice). It was great though that students suddenly were interested what a square, cube or prime number was. Whether or not they will remember what each of the numbers are remains to be seen - but hopefully they will remember.

Here is the file for those interested - try something new this week.