This is my first attempt at a "Three Acts" activity - an idea proposed by Dan Meyer. This activity is for a much younger audience, I used this activity with class of 11/12 year old students.
For more information on this concept see "The Three Acts Of A Mathematical Story - Dan Meyer" - you will also see much better examples.
Act 1 – Malaysian Grand Prix Qualifying
The hook!! 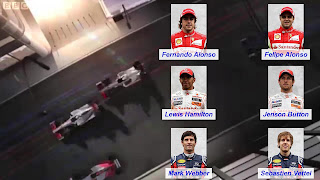 Hopefully your students will want to know who wins.
Ask the students to predict who will win - get them to write it on a scrap of paper fold it up and put it away until the end of the lesson! (It is a complete guess to them - this is to get them to have some ownership / engagement in the task).
Act 2 – What we need
Ask the student what they need.... (Do not just give them it - like our typical text book does).
The students need the drivers and their times so after a very quick discussion my students asked for this.
I gave them the top ten drivers and their times given on separate cut out sheets ideally cut out and laminated – purely for aesthetic purposes. (Example below) 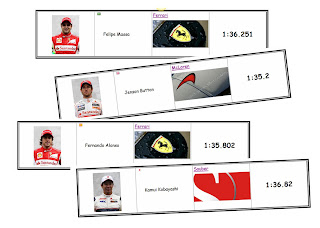 They then have to order the top ten drivers.


Act 3 – The reveal
I then let the pupils enjoy the last 5 / 10 minutes of the qualifying session or a screen shot (let them finally watch some video in maths). They will then see if they were right! 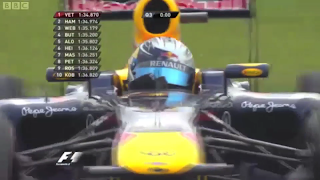 Extension
What is the difference in times between Vettel (first place) and the other drivers? 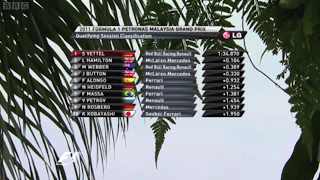 
The goods! - the files are very big - sorry. Any advice on how to make them smaller?


Let me know what you think.